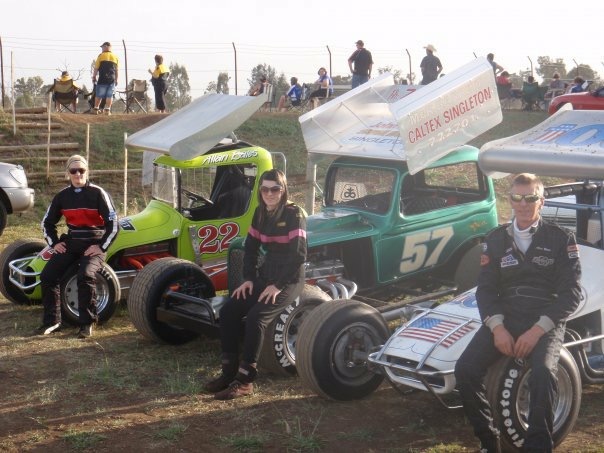 From racing cars, to restoring vintage speedway cars, to driving trucks carting coal at Rix’s Creek, Allan Bates loves to get behind the wheel.

Allan’s love for racing started at the age of 4 when he went to his first meeting in Muswellbrook to watch the TQ’s and Motorbikes in 1960. A few years later he met John Smith who lived down the road who also shared his passion for race cars. For Allan it was a dream come true when John agreed to let him help work on his cars.

Allan went on to complete a panel beating apprenticeship at John’s smash repairs, Smith’s Smash Repairs, before moving on to driving road trucks transporting coal between Muswellbrook and Port Waratah. For the last 19 years, Allan has been working for a contracting company as truck driver at Rix’s Creek Coal carting coal from the washery to the train loader.

“I just love to drive and I’m lucky to have a job I enjoy where I drive every day. But most of all I loved it when I used to race. The speed, the thrill, and the skill involved, it was heartbreaking when I had to give it up,” Allan said.

In 1985 he moved on to Sprintcars. In his first race at Newcastle Motordrome he was titled Rookie of the Year and in 1987 he won the Winfield Sprintcar Masters Feature Race.

In what would turn out to be his last ever race 1992, he blew the engine in his Sprintcar which ended his racing career. This was very disappointing for Allan but maintaining and repairing the cars for such an expensive sport made it no longer possible for him to continue.

“Even though I gave up racing, I never lost my passion so in in 2000 I got into restoring vintage speedway cars and demonstrating them at race meets with the NSW Vintage Modified Association. I also displayed them at car shows around the country and my family got involved. My daughters Tina and Samantha and my wife Marie would come along and drive at some of the meets, so it became a great family affair.”

Since 2001, Allan has restored four vintage speedway cars and has another one in progress. Each car takes about three years from start to finish and he has no plans to stop here. But it’s the hot rods that mean that most to him.

“My two favorite cars over the years are the Green & Blue number 57 Hot Rod’s. I built the Green 57 from scratch back in 1979 before selling it a couple years later so I could purchase the Blue 57 which I won two NSW titles in. I sold it in 1984 when I moved onto Sprintcars.”

In 2001, during his search to find the Blue 57, Allan’s daughter heard that the original frame and body were in a paddock at Glennie’s Creek. Never in a million years did he imagine it was his car but sure enough it turned out to be the Green 57.

Once again, he started to rebuild it completing it in 2003. After years of searching he found the original rolling chassis and body of the Blue 57 in someone’s backyard in Toronto. Again, the rebuild process started and was finally completed in 2009.

“It’s been a long haul working on some of these cars but worth the effort. I’ve still got about ten speedway cars and bikes in various stages of restoration to be completed in the coming years. Right now, I am in the process of restoring the first Sprintcar I drove in 1985. I’ll keep on driving at race meets and restoring cars for as long as I’m able.” 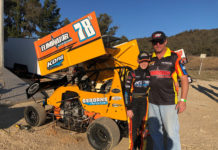 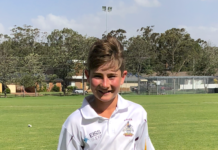 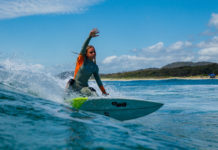 It’s a good day to fish